Dolphins next to our boat at Coronado Island, Mexico—C.Helbig

When I look back at our 4-hour visit to Coronado Island, it’s hard to believe we experienced so much natural beauty and marine life in such a short time. From dolphin pods to sea lion colonies to gorgeous white sand beaches, it felt like we had dropped into a National Geographic movie. This little island, just off the coast of Loreto, in Baja California Sur, packs a big punch but is also super accessible. There are plenty of tour agencies in town who will arrange a trip. Or, you can do what we did and hire a panga captain at the Loreto harbour who will take you around the island and make a few wildlife, beach and snorkel stops. Climb aboard and check out Coronado Island.

Pulling out of Loreto for our 25-minute crossing to Coronado Island—C.Helbig

Coronado Island is one of five main islands that make up the Loreto Bay National Marine Park, a UNESCO World Heritage Site. None of the islands have any permanent settlement or infrastructure. They are a haven for kayakers, snorkelers, divers, and wildlife enthusiasts.

Above the water, Coronado is a stark, stunning desert island. Its volcanic origin has produced fascinating rock formations, some with beautiful colour striations. Vegetation is muted and sparse. The turquoise sea surrounding the island completes the perfect palette.

One of the highlights of Coronado Island is its large sea lion colony. We didn’t snorkel with them like we did at Isla Espíritu Santo, but we got great close up views of them in the water and sunning themselves on the rocks. We were the only boat there. It was an incredibly peaceful and magical experience. 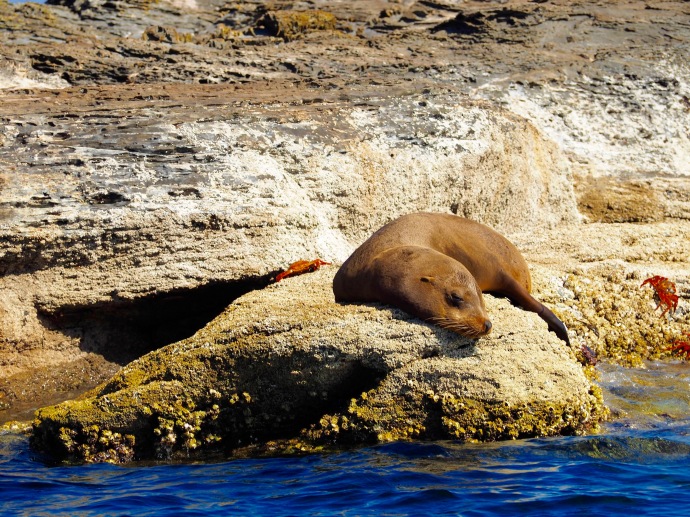 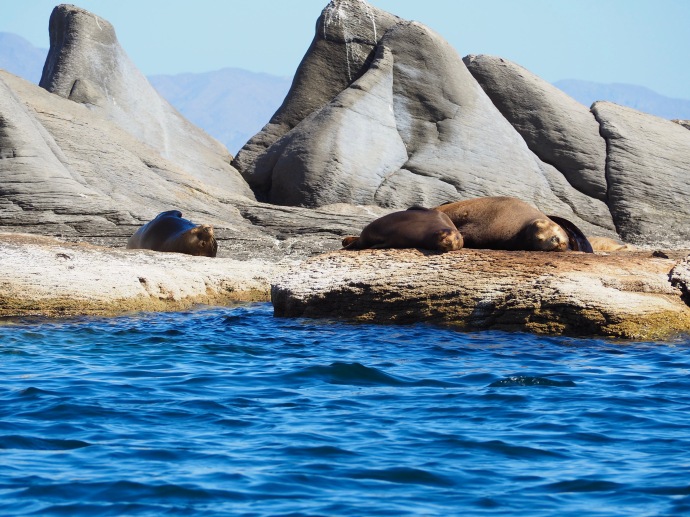 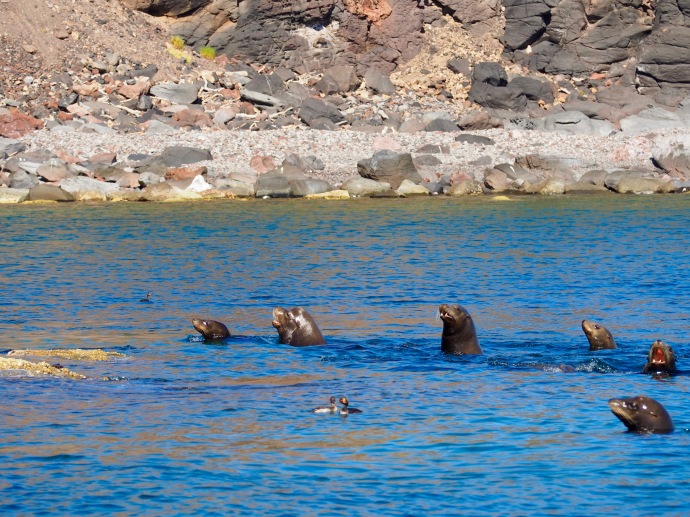 They suddenly popped up all around our boat—C.Helbig

Most tours spend at least an hour or two on Coronado’s brilliant white sand beach. The water is crystal clear and there is good snorkeling around a rock outcropping on the right side of the beach. We stumbled upon the largest green moray I’ve ever seen. He treated us to an uncommon daytime display, coming out of his den and swimming along the rocky bottom—slightly unnerving but awesome.

Our panga on beautiful Coronado beach—C.Helbig

There are some nice walking paths from the beach—C.Helbig 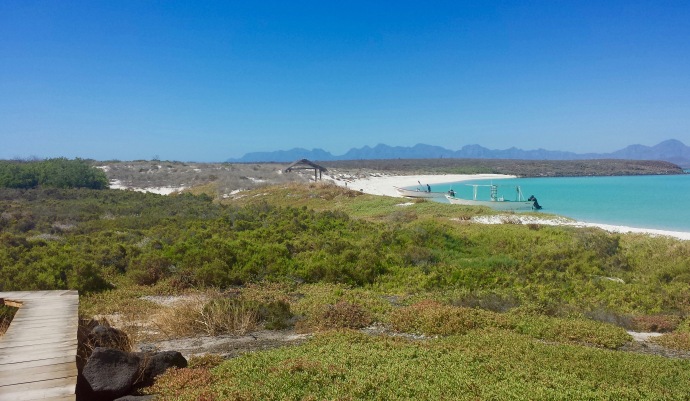 Just when we thought we’d already had the perfect day, we came across a pod of dolphins. They swam beside the boat for several minutes. I’m glad I got a few decent photos but there’s nothing like watching them gracefully jump in and out of the water. We even saw a couple of young ones.

A great moment near Coronado Island—C.Helbig

The crazy thing is, that at other times, visitors experience even more marine life than we saw. January through March is prime whale season and it’s not uncommon to see grey whales. Blue whales, humpbacks, orcas, sperm whales, and fin whales can also be sighted. No complaints from me though. It was a great day and our late April timing had the bonus of fewer visitors; plus, I have a reason to return.

After our multi-day kayaking excursion at Isla Espíritu Santo near La Paz, we added three days in Loreto. Loreto is a 4-5 hour bus ride from La Paz (comfortable, air-conditioned buses). Seeing both places gives you a really good appreciation for the beauty and diversity of Baja California Sur.